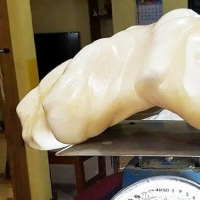 The Pearl - A beautiful and classic piece of Jewellery

The Pearl - A Beautiful & Classic Piece Of Jewellery

Today on 7th May in 1934, the world’s largest pearl was found in the Philippines. It was roughly the size of around 34 kgs ( 5.2 stone).  The pearl is aprox. 1ft (30.5 cm) wide and 2.2 fts long. Officials are waiting confirmation from gemologists that the find is indeed the world’s largest pearl. If confirmed, will easily beat the current record holder, the pearl of LAO TZU, which weights 6.4 kg. 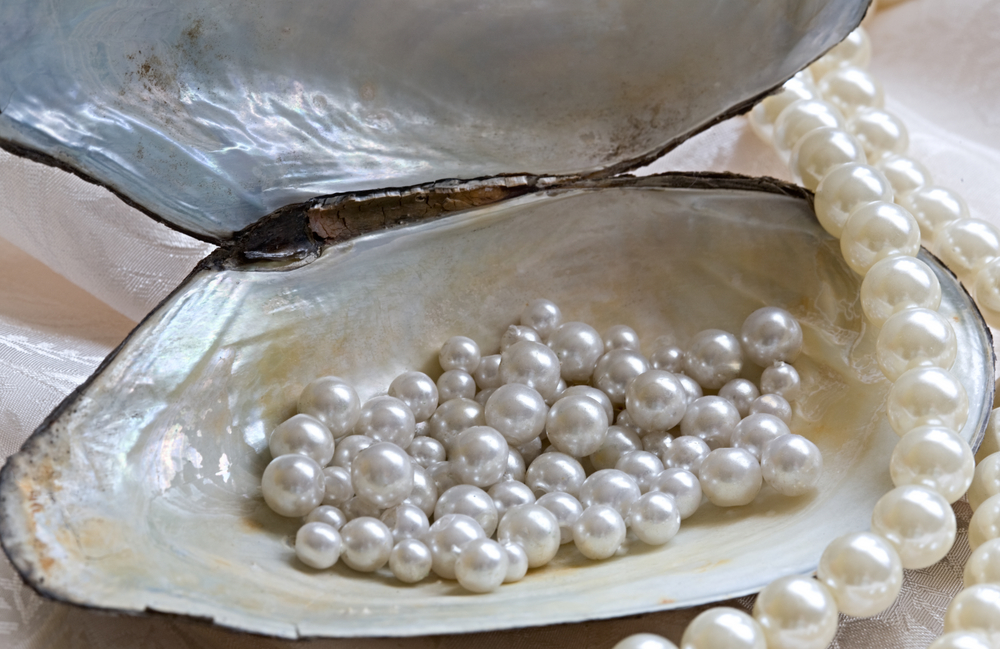 A beautiful and classic piece of jewellery, pearls are one of the most elegant and timeless precious stones that you can wear. You have probably seen pearls before but there are a lot of things that you might not know about them. Let’s look into some of the fascinating facts about pearls and their use throughout history.

A pearl is a hard, glistening object produced within the soft tissue (specifically the mantle) of a living shelled mollusk or another animal, such as fossil conulariids.

The scientifc description of the pearl is, a composed of calcium carbonate (mainly aragonite or a mixture of aragonite and calcite ) in minute crystalline form, which has been deposited in concentric layers.

Natural Pearls form when an irritant - usually a parasite and not the proverbial grain of sand - works its way into an oyster, mussel, or clam. As a defense mechanism, a fluid is used to coat the irritant. Layer upon layer of this coating, called 'nacre', is deposited until a lustrous pearl is formed.

Pearls are more than retro, they have been worn since the very early days of civilisation. The earliest piece of pearl jewellery ever discovered was found in the sarcophagus of a Persian princess that dates back to 520 BC. This beautiful ancient pearl is now on display at the Louvre Gallary in Paris- France

They were becoming extremely popular during the Roman Empire and wealthy women at the time would have worn jewellery and clothing adorned with pearls. To this today, modern world, pearls are still in fashion and they are worn in luxury designer jewellery by the most stylish fashionistas around the world and know as a symbols of richness.

Pearls had lost its popularity, when diamonds were discovered in the early 1700s. At the time diamonds were more affordable than pearls, so they became the jewellery of choice. Pearls tried to compete, but this meant that poor quality imitations were made which cheapened their look. There was a worldwide decline in pearl buying until the late 1700s, when NEW pearl sources were discovered (like cultured or farmed pearls) and the pearls started to gain ground again.

Although clams and mussels can also produce pearls, they don't do so very often. Most pearls are made by oysters, and they can be made in either freshwater or saltwater environments. As oysters grow, an internal organ called the mantle uses minerals from the oyster's food to produce a substance called nacre.

Pearls are not always while, they can range from pink to brown or even black.

What makes then different colors? The hue depends on the type of mollusc that created them and the water in which that mollusc lived.

The most valuable pearls occur spontaneously in the wild and naturely formed, but are extremely rare. These wild pearls are referred to as NATURAL PEARLS.

Majority of current sold pearls are CULTURED OR FARMED pearls from pearl oysters and freshwater mussels.

There are no obvious signs that an oyster, mussel, or clam has a pearl inside. You just have to open it to see; it's kind of like a guessing game. That being said, larger oysters, mussels, or clams may have pearls because they've had a longer time to develop.

Thanks for reading our blog… Keep reading !!