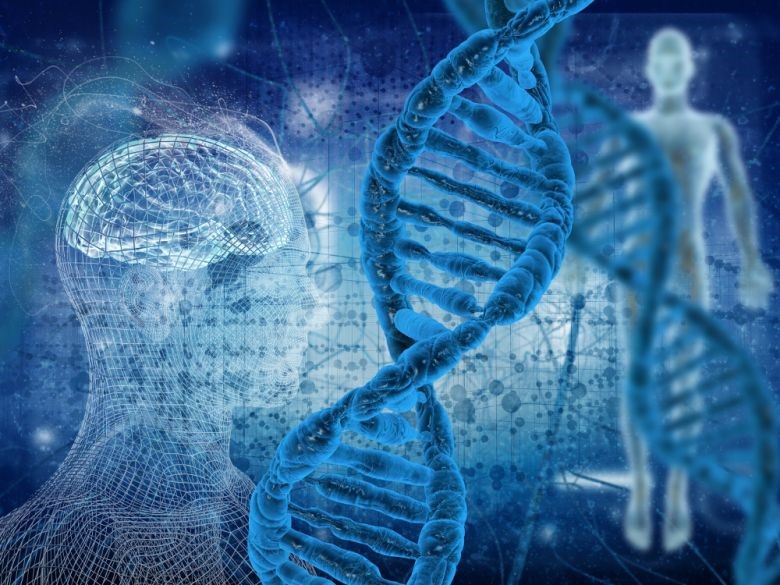 Yesterday was a special in the history, as because on 25th April 1953, James Watson, Francis Crick, Maurice Wilkins, and Rosalind Franklin published papers on the structure of DNA!

DNA was first observed by a German biochemist named Frederich Miescher in 1869. But for many years, researchers did not realize the importance of this molecule. It was not until 1953 that James Watson, Francis Crick, Maurice Wilkins and Rosalind Franklin figured out the structure of DNA — a double helix — which they realized could carry biological information.

Yesterday, on our social media of Nutty Scientists Canada, we have posted some information and facts for DNA. We got very warm response from our group. On your request, here is little more information about DNA.

WELL! The human body is made up of billions of cells, and each cell has its own job to do.

How do cells know what their role is? If your answer is DNA then you are right!

DNA molecules are long — so long, in fact, that they can't fit into cells without the right structuring of molecules. To fit inside cells, DNA is coiled tightly to form structures we call it CHROMOSOMES , a threadlike structure of nucleic acids and protine found in the nucleus of most living cells, carrying genetic information in the form of genes. 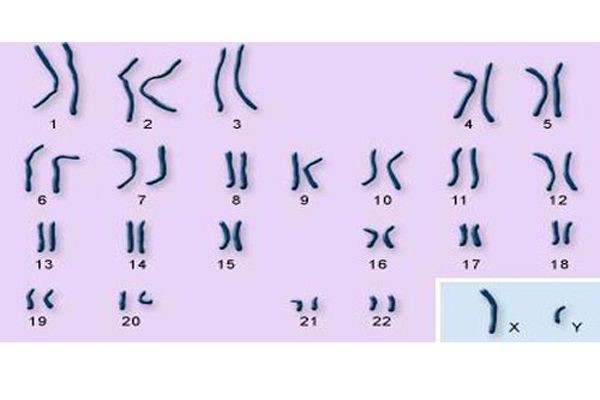 Each chromosome contains a single DNA molecule. Humans have 22 pairs of chromosomes, which are found inside the cell's nucleus.

DNA, These three little letters stand for deoxyribonucleic acid, the master molecule of every cell. DNA contains the essential info that's passed on to every successive generation, and even the slightest change to its sequence (or order) can have serious consequences.

There are four fundamental base types that make up DNA: ADENINE, CYTOSINE, GUANINE AND THYMINE, (A, C, G AND T). Humans have around 3 billion bases, total — believe it or not, over 99 percent of them are identical ion all people. ( , according to the US National Library of Medicine(NLM) ).

Within those billions of bases are about 2000 genes, otherwise known as units of heredity. Some genes provide instructions to make molecules called proteins, which carry out life functions and others do not. Overall though, genes are considered the biological players that influence the regulation and maintenance of stuff that happens in your body, like the building of bones, the movement of muscles, and the beating of your heart etc….

All of this makes it sound like your body is permanently set for action from the moment you're born. But that's also NOT the case. One important element we haven't mentioned about is HOW the environment or external factors influence the way cells READ your genes.

Further to understand about DNA, EPIGENETICS explains why your DNA doesn’t predict your destiny.

Epigenetic changes can be caused by environmental factors that we are exposed to like, smoking, what we eat, any trauma or any other environmental exposures. The cool and greatest thing about it, is even though the sequence of DNA doesn't change, these 'epigenetic modifications' can still be passed down through generations. So they are heritable. We pass down not only our DNA but also these instructions of HOW our DNA is READ.

Per Cynthia M. Bulik, Ph.D., FAED, Distinguished Professor of Eating Disorders in the Department of Psychiatry, School of Medicine, at the University of North Carolina, Epigenetics doesn't actually change the sequence of DNA,  that stays the same, but it refers to changes that affect how the genes are read or whether they are expressed or not. What kinds of changes? All kinds, according to Bulik. "For example, one type of epigenetic change is DNA methylation," she says. "It is when a methyl group gets added to part of a DNA molecule that prevents it from being 'READ' and therefore expressed. No protein will be made from that gene because it was basically silenced."

THE PRESENT & FUTURE OF EPIGENETICS:

There's been a lot of discussion and researches on epigenetics in the todays’ mordern world and its potential to influence the future of health.

Since everything we eat, where we live, who we interact with, when we sleep, how we exercise, etc. has the potential to cause chemical modifications that turn genes on or off over time. Scientists are constantly researching to know more about and how it can turn in to the benefits to the human life.

A person's DNA contains information about their heritage and can sometimes reveal whether they are at risk for certain diseases. DNA tests, or genetic tests, are used for a variety of reasons, including to diagnose genetic disorders, to determine whether a person is a carrier of a genetic mutation that they could pass on to their children, and to examine whether a person is at risk for a genetic disease and in many more areas.

The field of epigenetics is growing rapidly as researchers investigate the ways external factors can influence things like the risk of developing certain diseases and behavioral disorders, and how prevention and treatment strategies could be tailored to address those issues. But according to Bulik, there are some misconceptions around its possible promise. (credit: science.howstuffworks)

Canadian researchers have unraveled a genetic "CODE WITHIN A CODE" that helps explain how the instructions for building complex organisms, like humans, can be found in a small number of genes.

University of Toronto scientists Brendan Frey and Benjamin Blencowe said they have found a hidden code in DNA that helps explain how a small number of genes can contain instructions for a larger number of proteins and structures.

When researchers fully sequenced the human genome in 2004, they were surprised at how few genes humans actually have. "Human DNA has 22,000 genes. That might seem like a lot, but not when you consider that a poplar tree has 45,000," said Frey, in a statement. Frey said his team, including Blencowe and Yoseph Barash, found a second level of information that the cells of living organisms use to create a larger set of instructions.

Barash and Frey, who is also a professor of computer science and engineering, created a computer program that analyzes DNA to find "CODE WORDS" in the genome.

The code words together are called the "SPLICING CODE" containing the biological information needed to splice together different parts of the genetic code in different orders to generate a greater number of messages.

"For example, three neurexin genes can generate over 3,000 genetic messages that help control the wiring of the brain," said Frey.

Neurexin is a protein that glues together the connections between nerve cells in the brain. Frey said their work is the result of a close collaboration between computer scientists and experimental biologists.

Researchers / Scientists of all around the world are working to findout more about DNA and its potential use in the best benefits of human in different way it can.

DNA basically the blueprints to how the human body operates at the cellular level. It contains the codes that make us who we are,

Here is a special note for our reader ( Nutty Scientists) for thier home base science project : You can prepare DNA model by using gummy / gum drop candies and or many other way by using your ideas. See the some photos for your reference and ideas. When you prepared, Please share your DNA model photos on our social media at Facebook or Instagram.